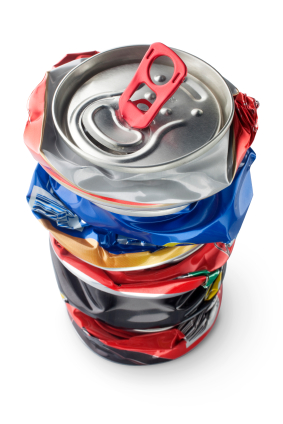 Before you cut and paste, at least verify that the information is true

A year ago, Bernie Madoff was sentenced to 150 years in prison for several kinds of fraud and money laundering. People trusted him with billions of dollars, and he bilked them instead of investing it. What’s especially astonishing is how he managed to string them along for decades. Ever wonder how he got away with his scheme for so long?

One reason is that when a new investor came along, he saw the prestigious client list and figured Madoff must be all right. Surely those earlier clients had checked everything out, right? The problem is, some of those clients had relied on the famous names of even earlier clients. They never checked out anything, they just wrote out checks.

Here’s how this applies to b2b company marketing materials: A lot of people make the same mistake when they start gathering material for a blog or a web page. They see a great item elsewhere on the Internet, and with a few clicks of the mouse they copy and paste it into their own file. Surely the other guy knew what he was talking about, right?

Nope. Very likely the other guy stole it from an even earlier appearance on the Internet. Even if the other guy said where the information originated, you still can’t trust it. He might have stolen the attribution, or he may have garbled things in an attempt to put it into his own words, in the course of internet marketing.

In some ways, we’re like little kids who see something nifty on the sidewalk and want to play with it. As Mom always said, “Don’t pick that up; you don’t know where it’s been.”

Earlier this year I spent the better part of an afternoon chasing down a statement that supposedly appeared in a “recent” issue of a national magazine. I thought it was a great item. So did about 20 different bloggers and companies who posted the same statement, word for word.  Not one of them cited a specific publication date, or even the name of the article. Finally I tracked it down in the footnote of a book. The “recent” article had appeared in 1989. Even with that, I couldn’t find out who the author was, or if he was quoting someone else.

Here’s a great bit of sleuthing that illustrates my point. Mel Gosling and Andrew Hiles tried to track down the origin of some oft-repeated stats, such as the claim that "over 70 percent of businesses involved in a major fire fail within 3 years, if they ever re-open at all."

In many cases, the folks presenting the stats online couldn’t say exactly where they came from. They saw it, they copied it, they repeated it. Who bothers checking out whether it’s true?

Now, maybe you don’t care about putting junk in your blogs or your web site. Maybe you are just looking for something that sounds good. Maybe you are so anxious to make a point that you’ll grab anything that seems to support it, even though you have no idea where it came from.

More likely, however, you want to be seen as a real authority. In that case, take the extra time to find out where your information originally came from, and whether it’s true. Yes, that means extra work during blogging, SEO copywriting, etc. It’s worth it.

Here’s a homework assignment: The next time you come across a statement that you’ve always accepted without question, see if you can find out where it originally came from. You may find out that it doesn’t have the pedigree you thought it did.